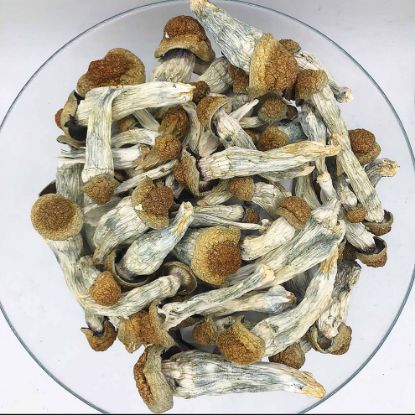 Melmac mushrooms are variants of the famed Penis Envy mushrooms. Some even suggest that Melmac’s are closer to the original Penis Envy, introduced to mycologists around the world in the 1970s. Although, the validity of this claim is subject to debate. These peculiar fungi are sometimes called “Melmac Penis Envy” or “Homestead Penis Envy” mushrooms. Penis Envy mushrooms are famous for their distinctive curved shape and unusual growth patterns. Yet, despite its unusual appearance, the Melmac mushroom strain comes with all of the same benefits you’d come to expect from any Psilocybe cubensis mushroom.